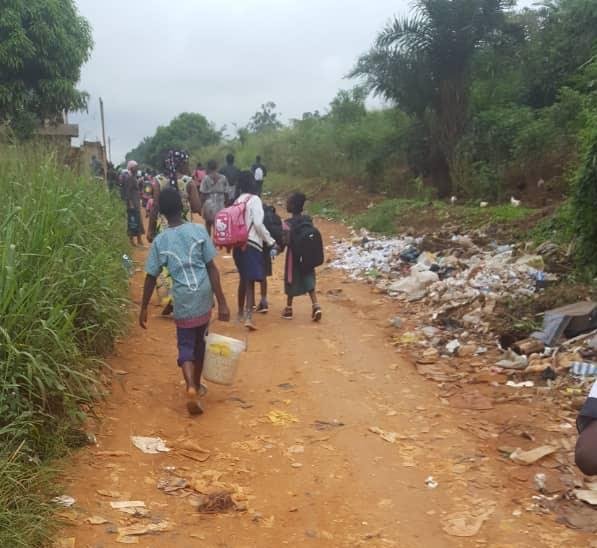 Who are internally displaced persons?

According to the Guiding Principles on Internal Displacement, internally displaced persons (also known as "IDPs") are "persons or groups of persons who have been forced or obliged to flee or to leave their homes or places of habitual residence, in particular as a result of or in order to avoid the effects of armed conflict, situations of generalized violence, violations of human rights or natural or human-made disasters, and who have not crossed an internationally recognized border."

But over the past three years, violence spurred by the linguistic split has brought Cameroon great political instability. Since 2016, these two provinces,representing roughly 20 percent of Cameroon's 25 million citizens, have been directly impacted by the conflict.

At least 420 civilians have already lost their lives and 200,000 have fled the Anglophone regions in the ensuing conflict. The instability has also affected food security in the Anglophone areas, with nearly a half million people facing a food crisis.

COPAF's primary goal for the internally displace people of Cameroon is to give them hope and a bit of peace during this difficult time. By raising funds to provide adequate food, health needs, shelter and a safety we can help feed and protect those in need.