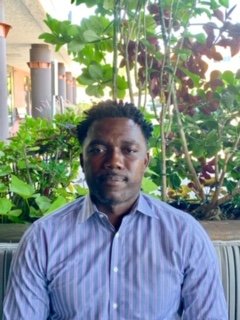 Roland is the founder and C.E.O. of COPAF.

As a native of Cameroon, Mr. Ajanoh is dedicated to giving back to his community and actively being part of the socio-economic growth of his country and countries like it.

After the lost of his mother, Mr. Ajanoh felt a deep desire in his heart to make a change in his country. Understanding the wants and needs of his people, he was determined to create an organization that would bring awareness of the agonizing living conditions, poverty, and economically depressed communities.

In June of 2008 he received his Bachelors Degree in Management from the University of Buea. After being presented with an opportunity to move to the United States of America, Mr. Ajanoh transition to the USA in 2011. Establishing his new residence in Phoenix, Arizona, it was his desire to work for State of Arizona which he landed a career as a Support Coordinator in February of 2018.

Back in 2015 Mr. Ajanoh started his organization COPAF "Community Poverty Alleviation Foundation." COPAF, is an aid to communities to assist with funding to build and provide necessary social amenities, basic family needs to sustain livelihood, educate children on the essence of good moral and educational upbringing. But as of 2018 he would begin actively working on the organization to begin bringing awareness to his mission.

His overall goal and mission for COPAF is to provide sustainable solutions to problems presented by poverty in these affected regions. He strives to promote infrastructural enhancement, support educational institutions, and equip less developed communities with skills that will have a considerable affect in their development.